I finally caved and watched the new It movie. I was hesitant not only because I'm so fond of the television miniseries from 1990, but I thought the movie had a suspicious amount of overhype and push. (After The Dark Tower bombed so badly it could be seen from space, I feel that the studio tried that much harder to make It succeed, and I feel like a lot of the positive criticism It received was artificial.) I tried to keep an open mind. People would always say an R-rated, full-length feature film could and should be able to do more than a made-for-TV movie in 1990. But did it?

To put it plainly, I didn't like it. For its long run time and focus on just one portion of the book, I found it incredibly lacking. It didn't have much heart or a soul. I'd like to say I couldn't call it a "bad" horror movie, because there's just a lot of terrible horror movies out there, especially from the past several years, but I never found the movie scary in the slightest. Not once. So, while not the worst made horror movie, it is, in a sense, a bad horror movie in that it's a horror movie that lacks terror, tension, suspense, eeriness. And you know something else? It's not exactly visually stylish. So it didn't make much use out of the millions it had for a budget; it looks more like something made for television than the 1990 miniseries people like to disparage.

I've always read horror fans who compared Pennywise to Freddy Krueger. (That's the dream team-up for a lot of fans.) This movie plays to me very similarly to the 2010 remake of A Nightmare on Elm Street in terms of seeming so hollow and trying so hard, but achieving so little. And it plays like A Nightmare on Elm Street movie if Freddy Krueger was very bad at what he does. The scenes where a character encounters Pennywise has the feel of one of the Nightmare franchise's dream sequences, but Pennywise is easy to shake off whereas Freddy would, at best cause damage, at worst KILL YOU! So, Pennywise feels ineffectual here.

Pennywise is a huge problem of the movie. Bill Skarsgård is just far too young for the ancient, evil, sadistic monster Pennywise is supposed to be. He has no presence, so you never feel the threat of Pennywise is conveyed. He's constantly looming, he can show up at any time, but throughout the movie, I kept feeling like he was just a lackey, and I was waiting for the real head honcho to show up. Skarsgård is just too young and doesn't have the acting credentials of someone like Tim Curry, so he doesn't give the character any weight. (Tilda Swinton was considered as Pennywise -- that would have been pretty interesting, I think she's an unpredictable performer who can do a lot with a little.) Instead, Skarsgård must rely too much on the make-up and effects to make Pennywise scary, and that fails, too. Pennywise's look here is just too extreme. They tried too hard to make him look like a "scary" clown to the point where he's NOT scary. The movie approaches each scare scene in the same way -- from the music tipping you off to jittery camera work, it's all calling out to you directly "Ooh, isn't this scary? You're meant to be scared right abouuuuuuuuut HERE!" and it just doesn't work. Some horror movies telegraph their scares -- this one might as well have had text on the screen telling you when and where you were meant to start getting scared.

Pennywise wasn't intimidating or menacing, no matter how giant or monstrous they'd make him via CGI. From even the trailers, I genuinely laughed at Pennywise. Not in a "Oh, he's a good, scary clown" way, but in a "they honestly think this qualifies as scary" way. As in, I can't get past the way he reminds me of Peter Sarsgaard's Hector Hammond character from that terrible Green Lantern movie. (Tell me I'm wrong, from the monstrous head to the high-pitched squealing.) They tried too hard...

Speaking of trying too hard, Richie Tozier. They wanted every line out of his mouth to be a comedic slaughter of vulgarity, but he just played like the worst comedian, sweating on stage trying to get you to laugh before you could rightly heckle him off. SO obnoxious. (Seth Green's Richie wasn't exactly a comedic genius in the original, but you didn't want Pennywise to show up and bite his head off.) The kids surprisingly weren't bad -- I didn't like Jaeden Lieberher as Bill or Finn Wolfhard's Richie -- but I felt like they were very interchangeable and not as distinct or defined as the book or miniseries made them. (Why change it from Mike to Ben as the one who documents the history of Derry and Pennywise? Not only does it make more sense for the character who becomes a librarian to be the one with that knowledge, but it makes Mike completely unnecessary in this movie.)

The biggest problem I had with the movie, though, is losing the magical realism. The kids are written as mini-adults who knew everything and could do everything. Part of the power of the story is that these kids band together and defeat this awful entity through unity and their faith. In the novel, in the miniseries, they have that innocence that allows them to IMAGINE and BELIEVE in things that aid them in their struggles. Their belief that silver will hurt IT because IT's a monster, or Eddie's stepping up to save Stan with his inhaler or Stan's Boy Scout mantras being used as prayers. That the kids are so bullied and beaten down by life, and that faith and imagination got them through, and it's something that greatly helps them overcome IT, something that they even retain as adults, it's just such a crucial, necessary part of what makes Stephen King's IT so powerful.

But, typical of the state of the world and especially Hollywood today, I assumed it was deemed too "cheesy" and jettisoned in favor of what we got -- vulgarity and fisticuffs and Bill arming himself to take on Pennywise with a bolt gun. (I'm surprised they just didn't give him a Smith & Wesson.) The final showdown with Pennywise is RIDICULOUS. I never thought these characters would confront a personification of fear by charging It and just trying to beat it up, like some schoolyard bully. And Pennywise is just kicking them back like he's goddamn Jet Li, and they're bouncing off the sewer walls like all of the CGI Agent Smiths from that terrible Matrix movie. And Bill gets in a couple of headshots with a gun! (How could the moviemakers not keep Pennywise's GREAT response to the Losers when they keep shouting "Kill It! Kill It!"? Pennywise is such a non-presence in this movie. What the hell have people been going on about?) Maybe this all sounded good on paper and looked cool on the big screen, but it's a failure dramatically. Try hard. (I also think it was a mistake to have Beverly have a vision of them returning as adults to fight It; that really robs Part 2 of the drama, where the kids were 75% sure they actually defeated It, knowing deep down they didn't, and having to overcome their fear to return to Derry. Now they already know. Where's the drama?)

If It can be summed up, it's "try hard." The scariest part of the movie was thinking about all of the ways they'll try harder in the sequel. They've already said they plan to make Mike a junkie, but what possible "edgy" direction can they come up with for the others to show just how screwed up they became? Will Bill go from a horror writer to a porno director? Will Bev be a prostitute? Will Eddie be a sexual predator? Will Ben be a serial killer, basing his crimes off of NKOTB lyrics? Will Richie become a politician? Another thing to consider: they probably think Skarsgård's youth will be an advantage over the older actors, but considering he couldn't be menacing enough to convincingly terrorize kid actors, he's going to be hilarious going up against actors twice his age.

On the bright side, this flick made me appreciate all that Tommy Lee Wallace was able to accomplish with the 1990 miniseries. I now like that movie even more than I already did.
Posted by Radu Brewster at 6:56 AM 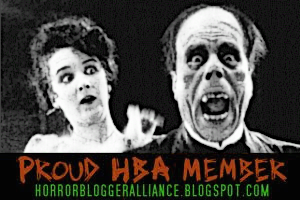 Based on a design by iZombie